For now.. The only thing remaining is to adjust the elevator trim servo.

The first steps are to attach the elevators to the Horizontal Stabilizer and making sure you have sufficient travel up and down with no binding.

I then ran into a minor issue in that the gap between the left elevator and the horizontal stab wasn’t very even. The plans say there should be approx a 1/8″ gap along the entire length. I had a 1/8″ gap on the aft end, but it increased to 3/8″ forward. My right side was pretty close to perfect.

This gap isn’t a very critical thing, it’s more critical that the elevators are attached evenly to the Horizontal and that there is no binding through the entire range of motion with both elevators attached together. Still, it was pretty visible and annoying to me. Others have seen similar things, although maybe not quite as bad as me. Van’s suggested either 1) playing more with the rod end bearing adjustments or 2) drilling out 12 rivets (6 top and 6 bottom) and re positioning the elevator counterbalance arm as shown below.

I played some more with the rod end adjustments, but wasn’t able to get the gap much better without causing it to bind up. So I decided to drill out these 12 rivets, push the counterbalance arm inward where I wanted it, and re-riveted those 12 rivets to hold that position. The results were much better! There’s now only a 3/32″ difference between the aft and forward ends as compared to 8/32″ difference before! Also it was mentioned to me that once you put the fiberglass fairings on, it may tighten it up a bit more by removing any twist remaining.

So with that behind me, it was time to make some shims and mount the horizontal stab to the tailcone. 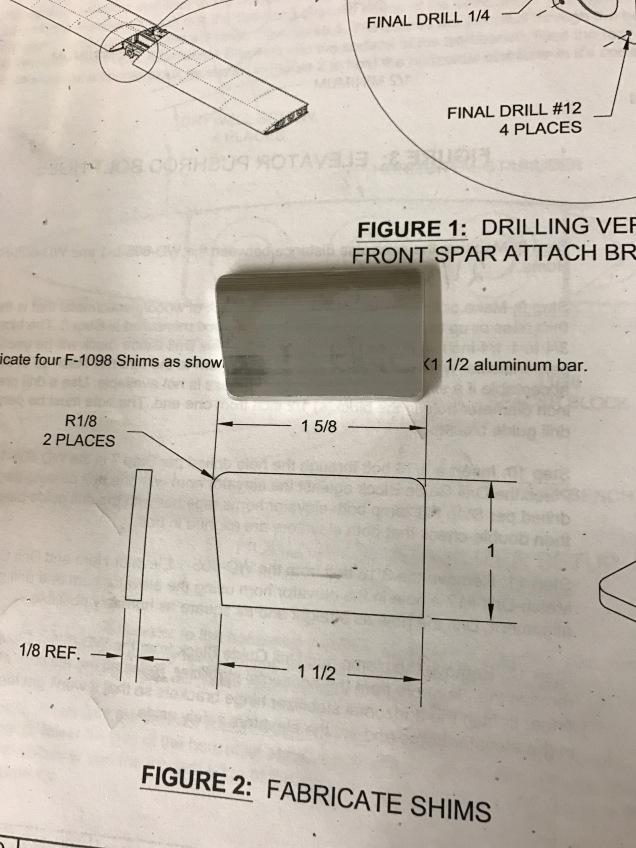 Once mounted and partially secured, you cut a piece of 2×4 to wedge between the forward attach points and clamp it down to the tailcone. You then measure from a common center rivet on the tailcone skin to each corner to make sure the HS is square to the body. The clamps allow you to move the HS left or right and clamp it down in that position until you get it square. Took me a few rounds back and forth trying to get it as perfect as I could.

The next steps were to mount the Vertical stabilizer, and drill some holes through the back of the tailcone, and then mount the rudder, much like the elevators.

The end result is the realization that I really am building an airplane in my garage!

A few steps are left after this achievement. Namely I connected the elevator push rod and made some basic adjustments.

The last couple of items to finish up were to fabricate some brackets for the elevator trim bellcrank assembly.

I did run into one issue, which I still have yet to resolve. There was no extra space between the bellcrank to put the washers called out. The plans are clear that thinner washers can be used, but I’m skeptical because I can’t even get a single washer in on one side without significant effort. There are washers available that are half as thick (0.016″ thick) and I have ordered them. There is a little side-to-side play with no washers installed, so maybe these will work. I will wait to get them to see if they will work.

I double checked things, and I don’t think I messed anything up. The hold spacing is 7/16″ and the 2 brackets are parallel to each other.

So for now I attached the servo and trim cable, but have left the adjustments for later. 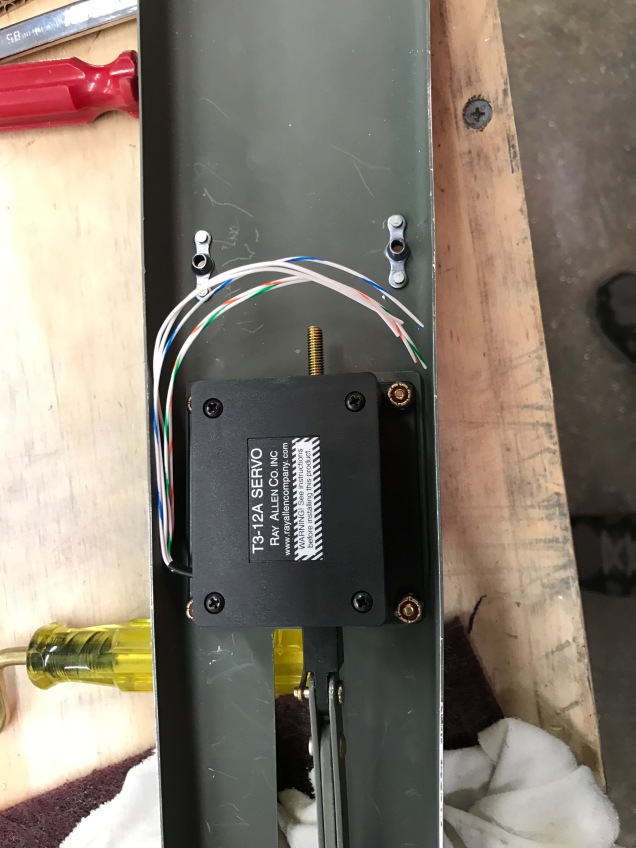 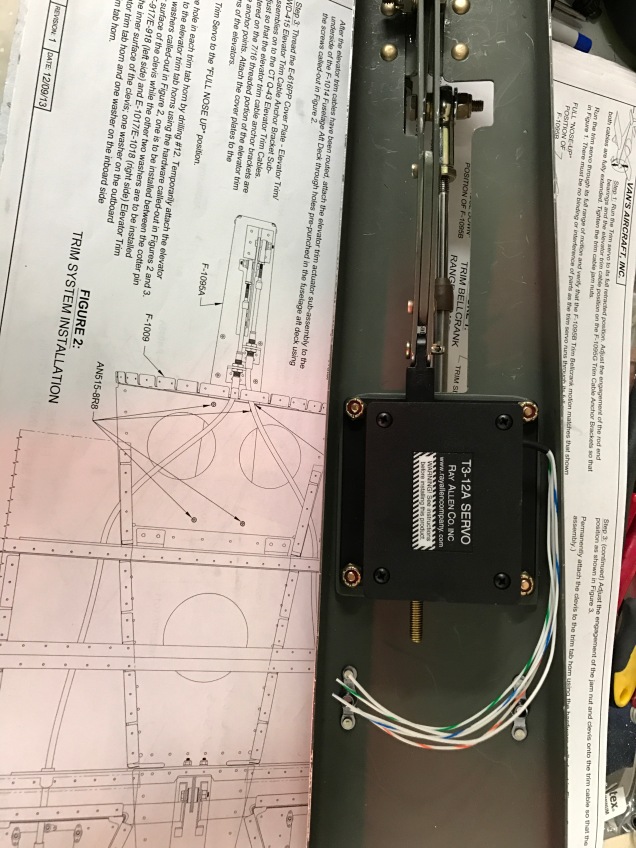