Was bound to happen sooner or later. Friday night I started fabricating the Spar attachment brackets from a piece of Aluminum Angle.

The first one (left one shown here) came out fine. It seemed to take about an hour to do one of these to be accurate. Today I started out making the right one, which is basically the same, but flipped in orientation. The first mistake was cutting the “mitered” edge which starts from a width of 1 21/32″ in the front to 1 1/2″ in the rear before I had cut the bottom leg down to 1″. I ended up with a final width only 2/32″ wider in the front compared to the rear….  Second mistake happened while cutting the other leg down to 2 3/8″. I didn’t get a straight cut, and ended up with a crooked edge. At that point, I decided to scrap that part and seeing I didn’t have enough angle left to make another attempt, I’ll need to order a new one. A 12″ long piece is $9, so not too terrible.

The stock aluminum angle to make these parts from: 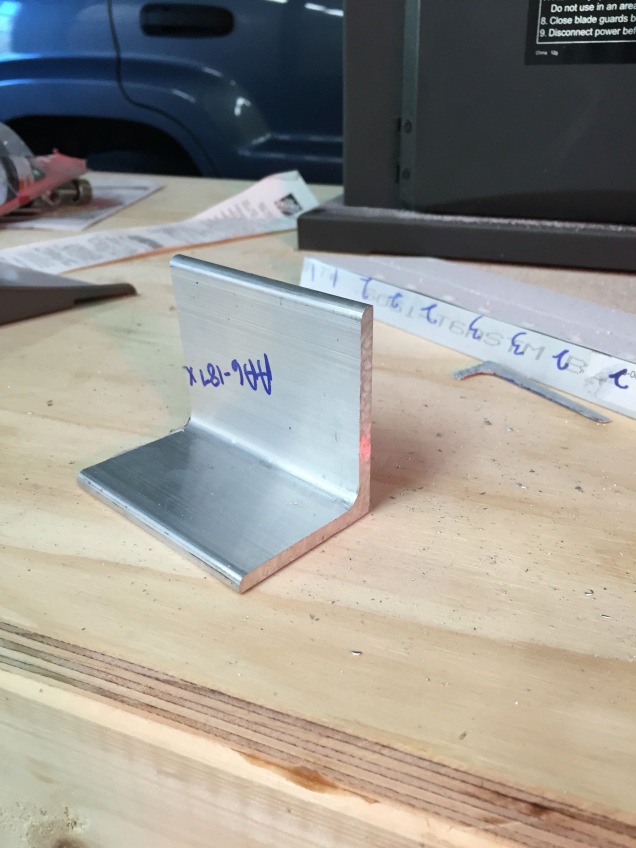 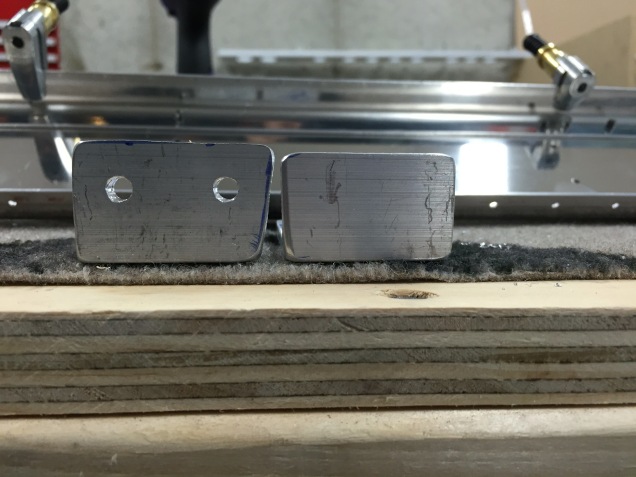 I was then able to get the forward spar and spar caps cut, deburred and drilled. I also deburred the spar doubler before calling it a day. 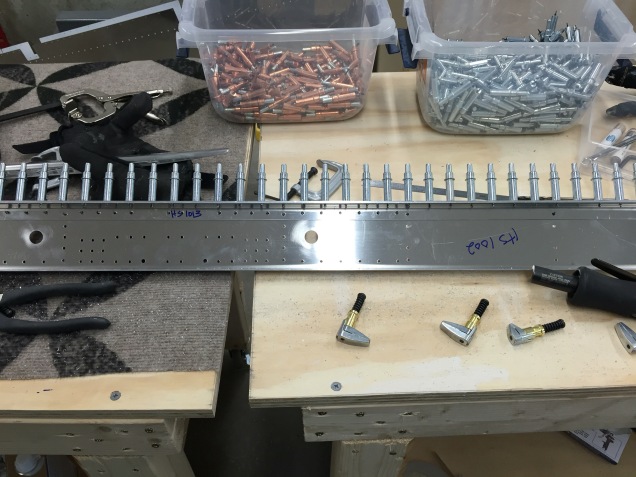 Also the VHB tape I got on return from Amazon did the same thing as last time. So I’ve returned those rolls and ordered some from Vans. Hoping that will work so I can finish up the rudder that is on hold at the moment.